nvivn is a convivial network, in the spirit of Ivan Illich's Tools for Conviviality.

Instead of connecting to one massive system, like Facebook or Twitter, different people run their own nvivn hubs, powered by open source software that can run on cheap hardware, like a Raspberry Pi or Android phone or tablet.

You can connect to those hubs using a regular web browser on a mobile device or computer.

Each hub can store messages and data from users, and can sync with other hubs. You can also write messages on your phone or computer while you're offline, and then send them later (just like email).

So what does it do?

Each hub stores a single feed of messages from users. Those can be short text posts, like tweets, or structured data with various fields and values. You can then search through those messages, and/or see messages since a certain time.

When you first load the web application in your browser, it will automatically generate a new identity for you—no usernames and passwords necessary. This identity will work for any hub you use.

Can I use it yet?

Right now, it's a platform for building simple web apps with distributed data storage. Some simple apps are coming soon!

Is this like Scuttlebutt, Patchwork, Manyverse, Mastodon, Dat, Beaker Browser, IPFS, or those other neat decentralized web things?

A little bit. It's closest in design to Scuttlebutt, in that it's a message log, with cryptographic identities and syncing between message stores. It's different in that it works in web browsers, and doesn't store all messages forever.

Does it have anything to do with blockchain?

Other than Ivan Illich, who else should I read about?

Convivial tools are those which give each person who uses them the greatest opportunity to enrich the environment with the fruits of his or her vision.

Industrial tools deny this possibility to those who use them and they allow their designers to determine the meaning and expectations of others. Most tools today cannot be used in a convivial fashion. 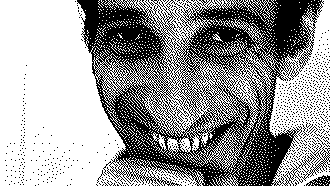